Your life. Your health.

Get to know the team working on this program!

Akshay Sood, MD, MPH received his postdoctoral fellowship training in Pulmonary Medicine, Critical Care, Occupational and Environmental Medicine at Yale University, New Haven, Connecticut, where he also received his Masters of Public Health degree in Chronic Disease Epidemiology. He is the only occupational pulmonologist in the state and has established the Occupational Lung Disease Clinic at the University of New Mexico. He is a tenured professor in the Division of Pulmonary and Critical Care Medicine at the Department of Internal Medicine and also holds the Miners Colfax Medical Center Endowed Chair in Mining-related Lung Diseases. Having received funding from the NIH, AHRQ, PCORI, and HRSA, he has authored over 80 publications. He serves in the Environmental Health Policy Committee of the American Thoracic Society. His research focuses on occupational and environmental host factors in obstructive airways diseases.

Dr. Linda S. Cook, PhD received her Ph.D. in Epidemiology from the University of Washington, followed by a Postdoctoral Fellowship in Cancer Epidemiology at the Fred Hutchinson Cancer Research Center in Seattle, Washington. Dr. Cook is recognized for her contributions to cancer epidemiology and has over 100 peer-reviewed publications. Over the last 25 years, Dr. Cook has held a number of nationally funded research grants in the US and Canada. Dr. Cook is a Professor in the Division of Epidemiology, Biostatistics, and Preventive Medicine the Department of Internal Medicine. She is also the Co-Leader of the Cancer Control Research Program at the UNM Comprehensive Cancer Center and brings her extensive experience in molecular epidemiology, epidemiologic outcomes, and laboratory-translational efforts to this role. 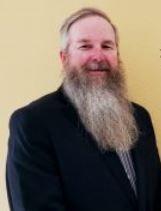 William “Cotton” Jarrell, CMSP, has been a safety professional for 27 years. He is a fourth-generation coal miner and a semi-retired firefighter, where he dedicated 35 years of service to his community. He is a Life Member of the Tri-State Firemen’s Association. He is the Safety Committee chair for the New Mexico Mining Association and sits on the Board of Trustees for both Miners’ Colfax Medical Center, where he is chair and the New Mexico Mining Museum. Cotton has been very active with Miners’ Colfax Medical Center, The University of New Mexico (UNM), American Thoracic Society, and the National Institute for Occupational Safety and Health (NIOSH), concerning miners’ health education and surveillance. He is a co-author of miner-related abstracts for the American Thoracic Society International Conferences and other health-related groups. He is a co-author on two peer-reviewed manuscripts on mining-related diseases. Cotton and Akshay Sood, MD, MPH from UNM work together to educate medical professionals during medical grand rounds at hospitals in the Southwest and New Mexico Miners’ Wellness tele-ECHO Clinics, focusing on helping medical professionals understand mining, miners, and the best treatment for miners.
When you don’t find Cotton in an occupational setting, you will find him enjoying time with his wife, children, nine grandbabies and Hot Wheels.

Orrin B. Myers, PhD, is a tenure-track Associate Professor in the Department of Internal Medicine at the University of New Mexico. Dr. Myers has been studying environmental determinants of health in New Mexico since 1994. He received the Los Alamos Achievement Award for his research to enhanced risk-based decision making for ecological risk assessment. He has been at UNM since 2000 had has been the lead biostatistician on NIH-funded research that investigates childhood obesity prevention; gene-environment interactions involving arsenic, UV exposure and melanoma; and research on air quality and child health in Quito, Ecuador and El Paso, Texas. He has been involved with the Miners Colfax Medical Center Black Lung data since 2007.

Charles L. Pollard is the Black Lung Coordinator of Miners’ Colfax Medical Center in Raton, New Mexico. He has held this position since 2018, and his role includes providing benefits counseling to miners to ensure that they receive the medical, emotional, and financial assistance they need. In his role as Black Lung Coordinator, Charles is also the principal investigator of both of the program’s HRSA-funded grants, as well as the grant writer. Prior to his current work in the medical field related to miners’ health, Charles worked at Wolfe, Williams, and Reynolds Law Firm in Wise, Virginia, where he became versed in the legal aspects of miners’ health and black lung benefits. He has also contributed to a variety of publications related to miners’ health and safety.

Bruce R. Wissore has been a partner with the law firm of Culley & Wissore since its inception in 1990, and during that time, has worked primarily in the area of Black Lung.  He has argued two of the firm’s three cases at the Illinois Supreme Court, over 200 cases at the Worker’s Compensation Division of the Appellate Court, and up to 500 cases at the Illinois Worker’s Compensation Commission. Attorney Wissore holds three Master’s Degrees, and a PhD in addition to his J.D., which he earned in 1987 at St. Louis University School of Law.  Prior to and during his work with Culley & Wissore, he was employed by Belleville Area College (now Southwestern Illinois College), a Community College of approximately 15,000 students and three campuses covering 2,100 square miles in the St. Louis metro-east area.  He served as Vice President from 1973 to 1980, President then Chancellor from 1980 to 1987, Professor from 1987 until his retirement from full-time status in 2001.  From 2001 to 2012, he continued to serve the college as Professor Emeritus.  As college Chancellor in 1983 and 1984, he bought and built the college’s second and third campuses in Red Bud and Granite City, Illinois.  During this two-year period, he raised $10 million in private donations to build the campuses without participation from the State of Illinois.  He funded and began the college’s paralegal studies program in the mid-1990s.  In December of 2012, he retired from the college after 40 years of continuous service.  In 1970, he enlisted in the U.S. Army, and served until 1973 as a Special Agent in Army Intelligence and the Defense Intelligence Agency.  During that time, he was trained in the Vietnamese language, history, and culture.